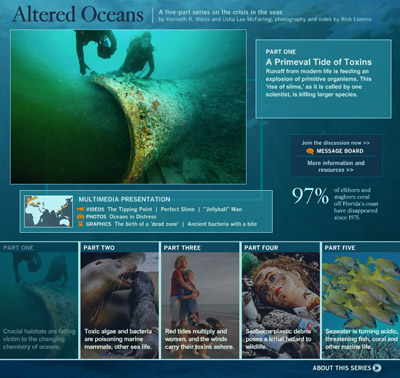 The Los Angeles Times’ series Altered Oceans has won the paper a Pulitzer Prize for Best Explanatory Reporting. The series, which had print and online components (click image above for online version) was described by the judges as:

…richly portrayed reports on the world’s distressed oceans, telling the story in print and online, and stirring reaction among readers and officials.

For other winners announced this afternoon, see the Pulitzer site.