There’s no question that the Global Positioning System is a great tool, although I confess I’ve never used it (unless you count sitting in the back of a taxi while the driver finds his way down unfamiliar roads via a little electronic map on the dashboard).

Coming on the scene in 1995, it wasn’t available during my days as an ocean navigator, when the trusty sextant, an almanac and a lot of arithmetic, were the most reliable system for position-finding, at least when the sky was clear.

But today’s news that the GPS satellites need investment to keep them operating beyond next year shows how far we’ve come in making navigation part of the average person’s life. GPS devices have become so good, and cheap, that they are used by many people to complement road signs, maps, and asking a “local” for directions.

GPS, or similar alternative systems provided by Russia or being developed in other countries, will be the foundation of so many new services provided via mobile devices. One way or the other, we all need to know where we are. 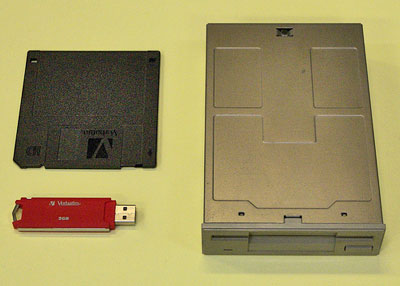 David Pogue of nytimes.com has a reminder about the fallibility of current data storage systems in this interview with Dag Spicer of the Computer History Museum.

To quote Spicer: “If Moses had gotten the Ten Commandments on a floppy disk, it would never have made it to today.”

Bottom line: paper seems to be one of the better methods for archival storage. That data you laboriously transferred onto CDs and DVDs may only last a few years. 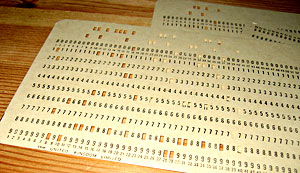 Ironically, back when I was studying Computer Science at university, we did use paper storage media: perforated tape and punch cards. Not that any of my assignments were worth saving. 😉

By all accounts, the billboards – most of them illegal – were truly blotting the landscape. And residents of this city of more than 11 million now seem happy with the uncluttered look and uncovered architecture (unless they work in the advertising industry, one assumes).

In an audio feature, local journalist Vinicius Galvao tells On the Media that the advertising ban has uncovered some other problems in the city, such as the exploitation of migrant workers and the existence of a shantytown. Both issues had been literally hidden by walls of advertising.

Here in Toronto, outdoor advertising is frequently critiqued at spacing.ca , with one of the hot topics at the moment being plans for advertising-funded street amenities. And the battle against illegal billboards has spawned a dedicated website at illegalsigns.ca.

Got a great idea on how to fight corruption? If you can prove that it works, then you could win US$5000 in the tenth Changemakers competition for “open-sourced social solutions”.

Entries close May 16 and details are here.

I finally got around to fixing the RSS feed (a simple matter, once again, of tracking down the problem via the well-indexed WordPress forums). A link to the feed is near the bottom of the left hand sidebar, or you can just copy this address to your feed reader:

Can you resist the power of a Supersize offer at McDonald’s?

Christopher Lydon at Open Source Radio examines freewill, and the many ways we seem vulnerable to persuasion. We can even be persuaded to do things we have only a few minutes earlier decided not to do. Like going for the Supersize offer.

Are we really so illogical and weak?

The soft-spoken conservationist, who for the past month has been harrying Japanese whalers in the Southern Ocean, is quite simply in his element.

Read the rest of this entry »