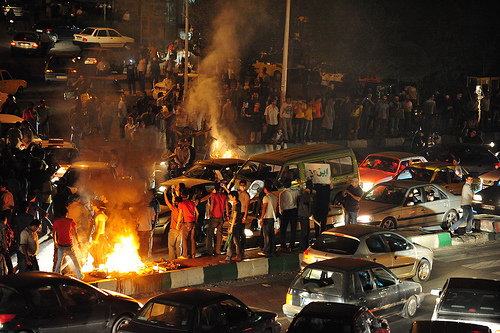 From Anderson Cooper’s blog at CNN.com.

…senior officials say the State Department asked Twitter to refrain for going down for periodic scheduled maintenance at this critical time to ensure the site continues to operate. Bureau’s and offices across the State Department, they say, are paying very close attention to Twitter and other sites to get information on the situation in Iran.

…officials say the internet, and specifically social networking sites like Twitter and Facebook, are providing the United States with critical information in the face of a crackdown on journalists by Iranian authorities.