I was privileged to be invited to a book launch last Saturday at Awarua Communications Museum. Alex Glennie has written A scrapbook of history: Awarua Radio ZLB.

Spent a very enjoyable weekend in Invercargill and Awarua, and made a small presentation (the video above) during the book launch.

More photos and videos from the book launch

When I’m not building websites or managing digital performance for my clients, I have no shortage of other activities. One of the most rewarding is working with my wife Judee to help families with cat allergies.

Our small cattery, Seacliffe Siberians, produces low-allergen kittens and this morning we were featured on TV One’s Whanau Living programme with Jenny-May Clarkson.

The segment opens with Jenny-May meeting Judee and Mari, one of our low-allergen Siberians, in a car. This is typically how we introduce people to their kitten, so that they we can gauge their reaction to a particular kitten, unaffected by the other cats in our home.

The programme also features lots of shots of the J Litter kittens at play (they were about 7 weeks old when the video was recorded).

I’ve always been fascinated by communications technology, and that’s been reflected in my career, starting out as a journalist/broadcaster, then as a writer and – for the past 15 years or so – in web publishing.

But for me it all began as a teenage ham radio operator. Back in those days, you had to pass rigorous examinations including sending and receiving Morse code. Then, before you could even think about using “voice” communications, you had to spend at least a year on the air “pounding brass”, and pass an even tougher exam including more Morse code, at higher speed. At this point, many hams put away their Morse key for good, but some of us still take pleasure in using what some have called “the original digital mode” of communication.

A couple of weeks ago, I got to enjoy old tech and new tech at the same time, as our radio club marked the 20th anniversary of the end of “professional” Morse code in New Zealand – the closure of the country’s marine coast radio stations. From our base at the historic Musick Memorial Radio Station, a former coast radio station in Auckland, we operated 14 hours continuously, and about half of that operation was using Morse Code.

It was wonderful to have about a dozen former operators from the station drop in for the event, and to see their eyes light up when they first heard Morse code coming from the operators’ console.

What about the new technology? Well, our operation was publicised around the world in advance using our club website, social media and online forums.

In the photo above, my laptop (connected to the net by wifi of course) is sitting in front of some radio gear from the 1940s. Old tech and new tech, working together. 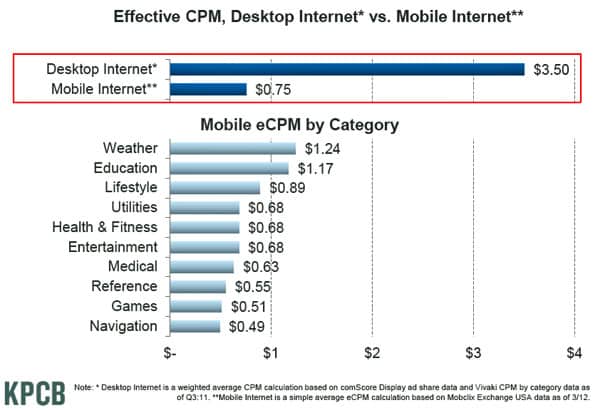 Analyst Mary Meeker believe we have only begun to see the growth of mobile usage.

But in her presentation on internet trends at the D10 conference today, she pointed out how low the returns are for businesses trying to monetise their mobile sites.

Average CPMs on mobile are a 5th of those on the desktop internet.

Average revenue per mobile user is 1.7 to 5 times lower than on the desktop internet.

Plus: Matt McGee with the latest on the Panda. Google hints at significant changes, but leaves search marketers guessing.

From Joe Pulizzi of the Content Marketing Institute comes this entertaining timeline of storytelling by marketers.

But in this case, it’s not counseling they need, rather a change in strategy to accommodate the trend away from advertising and towards content marketing.

Marketers are reeling from the enormous demands that continually creating and publishing media places not only on marketing departments, but also on the enterprise as a whole. Due to shifts in consumer attention, companies are challenged to move beyond episodic, short duration ‘push’ campaign initiatives into longer-term, often continual ‘pull’ marketing initiatives that require new strategic approaches.

Rebalancing resources, and company culture, to supply a stream of targeted, high quality content, will give organisations a marketing advantage, argues Lieb.

Her report is based on interviews with 56 representatives of B2B and B2C companies, and you can read it below.

First published almost a year ago, this report from the Onion still makes me smile. But is it really just a joke?